Before installing the Reputon app this Shopify store had some modest Google reviews (see the screenshot). The owner complained that the business was old and people left reviews only by chance when they accidentally googled the bakery. The rating itself was not bad, but there was a lot of room for improvement. 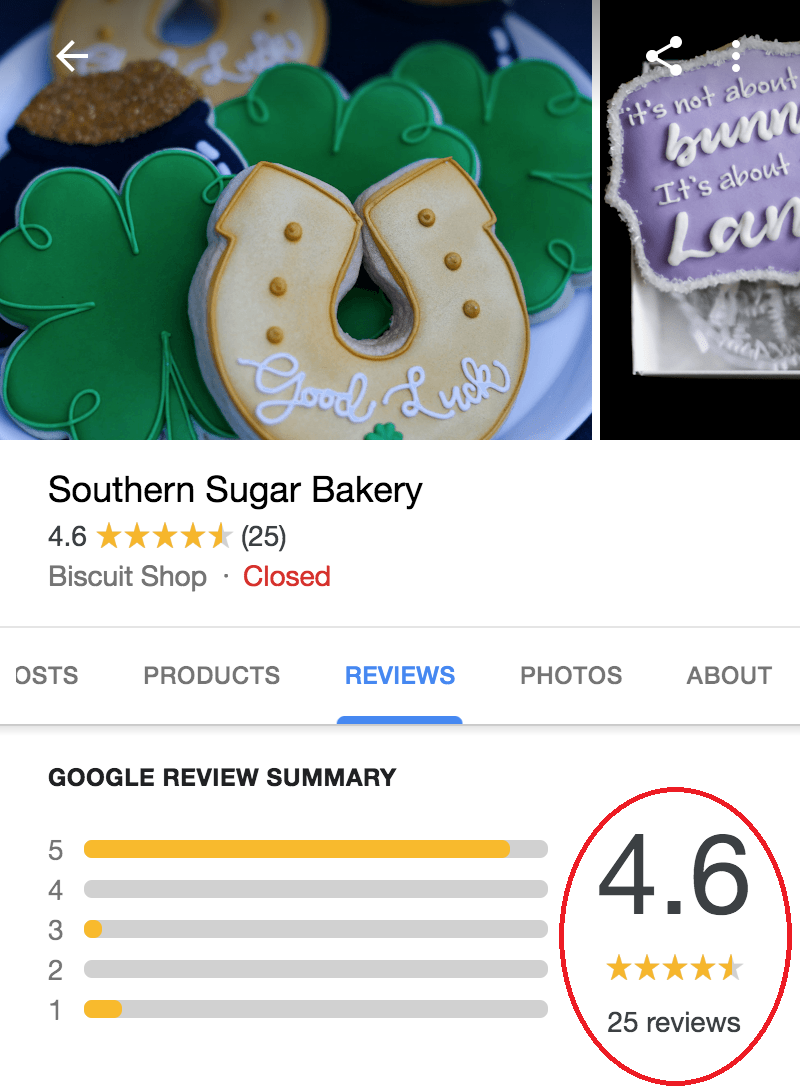 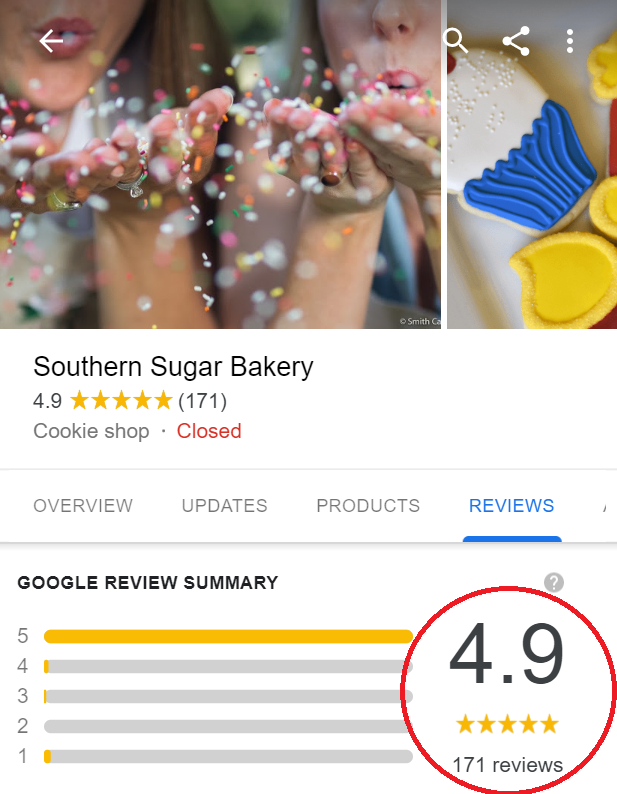 Once the Reputon app had been installed the big chunk of previous orders was automatically processed. All recent customers were sent a friendly followup emails with review requests and that helped to get an extra 30 reviews in just a couple of days.

After just 3 months since Reputon installation, as of 7/5/2019, Southern Sugar Bakery was raised from 25 to 171 reviews on Google. All organic, honest reviews, made by real clients with no extra efforts from store owners.

Before installing the Reputon app this Shopify store had very few Google reviews half of which were negative (see the screenshot to the right). People didn't really have any trust for the company that had 5 reviews with 3.8 stars. SEO and sales were poor accordingly. 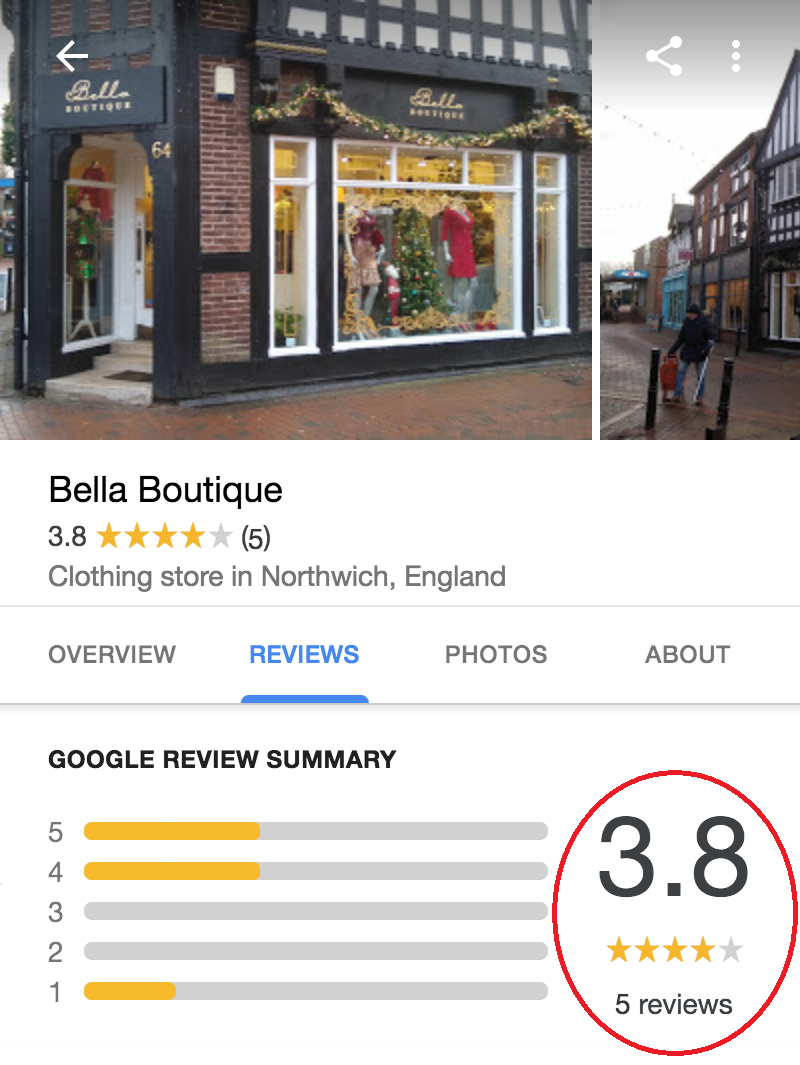 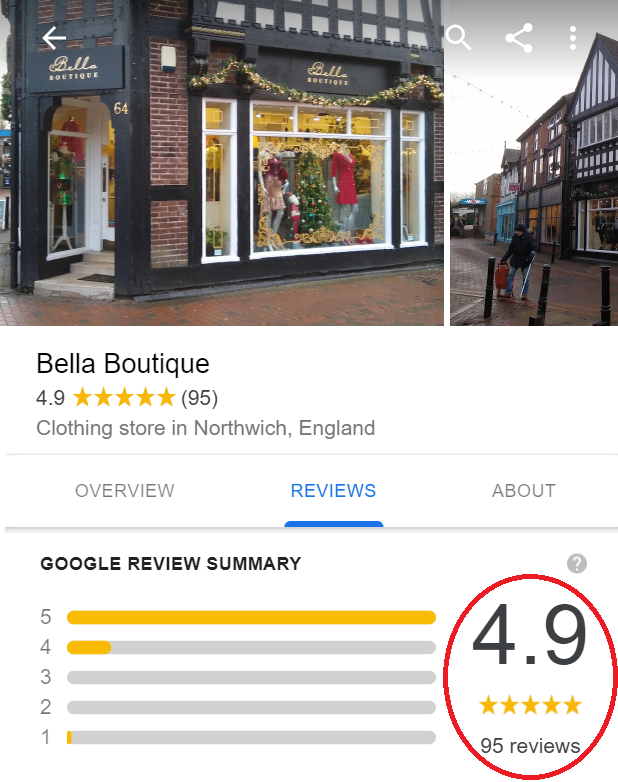 Once the Reputon had been installed the big chunk of previous orders was automatically processed. All recent customers were sent a friendly followup emails with review requests and that helped to get an extra 20 reviews in just a couple of days.

After just 3 months since Reputon installation, as of 7/5/2019, Bella Boutique was raised from 5 to 95 reviews with average rating of 4.9 stars on Google. Very impressive results for the Shopify store with such a poor initial reputation! Result achieved hassle-free on autopilot. Sales obviously ensued.

Prior to using Reputon app this Shopify store had a few average ratings and reviews on Google (see the screenshot). The proprietor complained that his company had been around for a long time and that customers only posted reviews by accident when they googled the BERTSCHAT by mistake. The grade was not terrible overall, but there was a significant amount of opportunity for improvements. 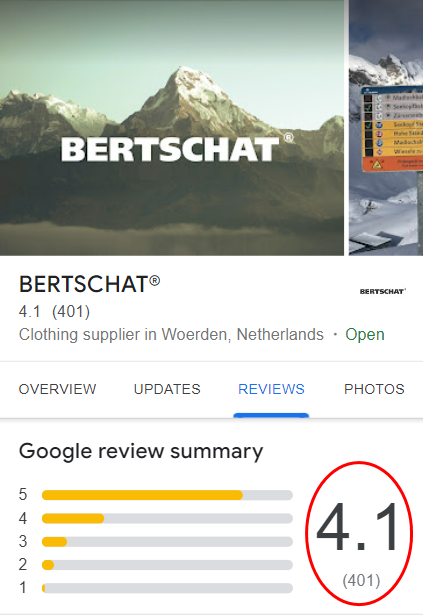 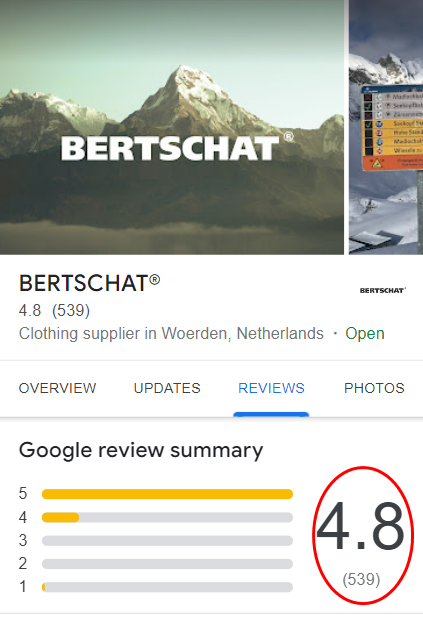 After the Reputon app  was successfully installed, a significant portion of the previously placed orders were handled in an automated way. All of our most recent customers received a follow-up email that was both kind and contained a request for a review; as a result, we were able to acquire an additional 42 reviews in a few weeks.

As of the 20th of January 2023, the number of reviews for BERTSCHAT on Google has increased from 401 to 539 after only four months following the installation of Reputon. All natural, sincere evaluations contributed by actual customers with no additional work or effort required from the business owners.

This Shopify store had only a few Google reviews, half of which were unfavorable, prior to using the Reputon app People didn't really have much faith in the business, which had 60 reviews with an average rating of 3.9. Sales and SEO both suffered as a result. 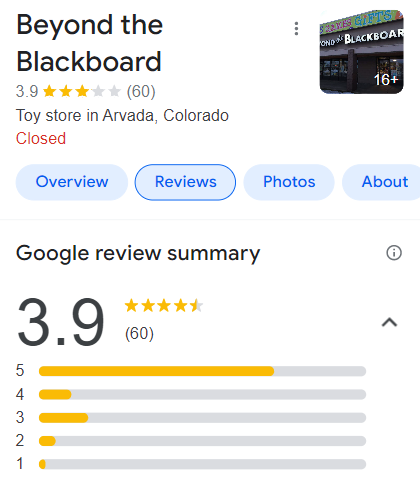 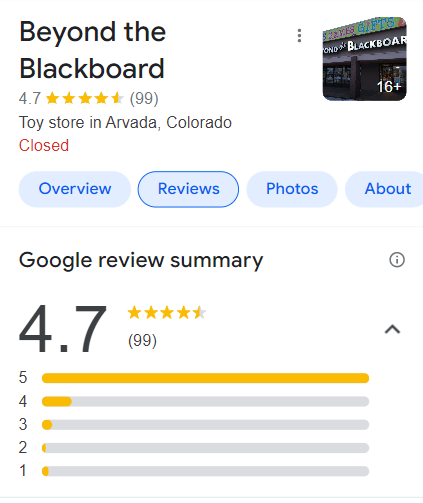 After the Reputon app  was installed, a sizable portion of earlier orders were handled automatically. All recent customers received friendly follow-up emails with review request inquiries, and it assisted in obtaining an additional 15 reviews in only a few days.

As of 10 January 2023, just two months after Reputon was installed, Beyond the Blackboard has gone from 60 to 99 reviews, with an average rating of 4.7 stars on Google. Very great outcomes for a Shopify shop with such a bad reputation to begin with! Easy completion of the task on autopilot. Sales undoubtedly followed.

Thousands of Shopify sellers have trusted their online reputation to Reputon. As you can see in the examples above a lot of them have absolutely stunning results within short periods of time. Don't forget that a lot of feedback on Google has a great impact on SEO and improves your search rankings. While there are a lot of factors involved in search rankings, online customer reviews can be a strong signal to search engines that communicates trustworthiness and authority.

If you want to display your Google reviews on your website, install the Reputon Google Reviews app.

Did you know that Reputon can also help to improve your Trustpilot reviews?

In short, if you are a Shopify seller, Reputon app is a MUST!

If you want to spy on your competitors and check what Shopify apps or theme they are using on their stores, check out our free App and Theme detector.